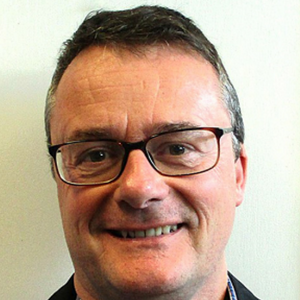 Mark Crabtree is a qualified coach, mediator and facilitator and has over 25 years’ experience of leading the development, management, implementation and delivery/facilitation of engaging learning and organisation development strategies and initiatives.

His expertise is in the Higher Education sector where he has delivered a range of initiatives including: Leadership Development, Organisation Development, Coaching, Psychometrics, Facilitation, Performance Management, Managing Change, Mediation.

Mark previously worked with Durham University where he worked his way up from Training and Development Manager to Assistant HR Director working closely with key stakeholders and colleagues at all levels including regional Universities and the Leadership Foundation (now part of Advance HE). During this time, he led the strategic approach and focus of people development, to provide impactful development initiatives.

In 2015, he became the Assistant Director of the Centre for Academic, Researcher and Organisation Development for Durham University with specific responsibility for leadership, management and organisation development; a position which he held until October 2018. Whilst at the University, one of the programmes he led, called the “Strategy Academy”, won the Times Higher Education (THE) Award for Outstanding Leadership Development in 2011. The University was also shortlisted for the same award in 2014 for another of his leadership programmes, aimed at early researcher leaders who were applying for their first grants. As a qualified mediator and coach, Mark also led the establishment of the University’s Mediation Service and was co-director of the service from June 2014 to October 2018.

"Everything will be alright in the end; if it is not alright its not the end!"

(Although made popular by John Lennon, and believed to have descended from an old indian proverb, its first contemporary use was by Fernando Sabino, a Portuguese author.)

Mark also has Private Sector and Local Government experience having worked at a large motor retailer where he held the position of Group HR Manager providing leadership to the organisation’s training and development offering, an oversight of health and safety and HR policies and practices. Mark helped the company achieve the Automotive Management QSI Silver Award, Large Dealer Category 1997 for training and development and the Automotive Management QSI Gold Award in 1999. He also guided the organisation to achieve Investor in People status to become the first large motor dealer in the UK to do so. He also led the development of the Group’s Modern Apprenticeship Scheme.

Reshaping HR - I have to say that as I am co-author!
Reasons to be Alive by Matt Haig
Sorry and Bliss by Meg Mason
Be More Pirate by Sam Conniff Allende

What did Mark want to be when he was young?

A Pilot - but then I had to start wearing glasses

I would bestow this gift on to some of our politicians first...

Mark's 3 words to describe The Oakridge Centre
We use cookies on our website to give you the most relevant experience by remembering your preferences and repeat visits. By clicking “Accept All”, you consent to the use of ALL the cookies. However, you may visit "Cookie Settings" to provide a controlled consent.
Cookie SettingsAccept All
Manage consent

This website uses cookies to improve your experience while you navigate through the website. Out of these, the cookies that are categorized as necessary are stored on your browser as they are essential for the working of basic functionalities of the website. We also use third-party cookies that help us analyze and understand how you use this website. These cookies will be stored in your browser only with your consent. You also have the option to opt-out of these cookies. But opting out of some of these cookies may affect your browsing experience.
Necessary Always Enabled
Necessary cookies are absolutely essential for the website to function properly. These cookies ensure basic functionalities and security features of the website, anonymously.
Functional
Functional cookies help to perform certain functionalities like sharing the content of the website on social media platforms, collect feedbacks, and other third-party features.
Performance
Performance cookies are used to understand and analyze the key performance indexes of the website which helps in delivering a better user experience for the visitors.
Analytics
Analytical cookies are used to understand how visitors interact with the website. These cookies help provide information on metrics the number of visitors, bounce rate, traffic source, etc.
Advertisement
Advertisement cookies are used to provide visitors with relevant ads and marketing campaigns. These cookies track visitors across websites and collect information to provide customized ads.
Others
Other uncategorized cookies are those that are being analyzed and have not been classified into a category as yet.
SAVE & ACCEPT